Conflict in family business is heightened during times of economic challenge and transition. Typically, when a family company fails, external forces are not the main cause. Estate planning preferences, tax policy, lack of adequate succession alternatives and unresolved intra-family tensions often hasten the firm’s demise.

When a gap between reality and expectation generates anxiety, family relationships are often harmed. Under-performance, poor management (of both the family and the business) and inadequate planning lead to fractured relationships, particularly during times of adversity.

In too many cases, love and affection among family members, including those not employed in the business, are directly proportional to the checkbook balance. When cash has been dissipated, the animosities and prejudices among members of the family seem to rise to the surface. The business becomes the new and larger stage on which to act out these feelings.

Unresolved conflict is more prevalent and interpersonal issues heightened in an unstable financial environment as the reins of control tighten. These situations become more complex as job mobility decreases and people become more dependent on the family business. The family—with all its psychological, emotional and competitive interactions—can complicate the most basic decision.

Families that permit individuals to express their views, and whose members have learned to listen to each other, are better able to work through challenges and crises. In these families, relatives’ roles are clear, their contribution visible and the support system ever-present, and therefore changes or transitions are better absorbed. Among members of families who fail to plan for change, there is more likely to be anxiety, intra-family tension and conflict between family and non-family constituents.

There are two major categories of crises: relationship and motivational.  The roots of conflict can be found in the three most common behavior patterns in each category.

“My daughter can learn about the company by hanging around me,” bragged Harry, a business owner we counseled. Unfortunately, this founder’s daughter was ill prepared to contribute to the management of an expanding business because her father would not let go of authority. She never learned to take responsibility. Her formal education and history of having “grown up in the business” were insufficient preparation for her to assume a management position. When tough times came, she fell back into the family pattern of obedience to her father’s authority. Harry had failed as mentor and adviser. The managerial void was obvious to all who dealt with the company.  Harry continued his tirades. His daughter began working shorter days.

Harry typifies the “Super-Leader.” This type of CEO manages like a dictator. His controlling and condescending style creates a company culture marked by complaints, lack of motivation or creativity, and carelessness. This leader never bothers to build a team or inspire commitment. Conflict festers and backstabbing ensues.

The Super-Leader is often unable to disengage from his business. Succession without conflict is almost impossible under these circumstances. On the bright side, there are proven practices to address these obstacles. The business and the family, with the help of professional advisers, must build a succession plan. Prospective successors should be encouraged to begin their careers elsewhere, both to prove their own capability (to themselves and to the parent) and to develop the independence and self-confidence that can come only from a history of personal successes. The ties that bind must be broken before new, healthy relationships can be built.

2. Narcissism: The crisis of inferiority.

The narcissist, obsessed with the need to overcome deep-seated feelings of inferiority, must continually prove that he is superior to others. As a result, he jeopardizes the business by ultimately belittling and destroying others, making others powerless within the systems that affect his span of activity.

Conflict is triggered and becomes inflamed when the narcissist loses the loyalty and respect of peers. Associates withdraw, and the fall from power accelerates. An atmosphere of fear grows. Job titles become more important as a means of differentiating stations and are used (or perceived) as threats or rewards. Parents can subtly sabotage their children’s efforts to develop, even into adulthood.

Crisis situations often lead to paralysis of the responsible parties. We see this when a parent is confronted with a family emergency or when an executive must deal with pressures never before experienced. He quickly withdraws and becomes isolated, cutting himself off from others in the system. Reality is lost as the crisis grows like a snowball accelerating downhill and resources to resolve the issues become more elusive.

We often see this happening when a child becomes ill and requires treatment and attention. The parent panics and blames himself or herself for failing as a parent. The business, already under pressure by creditors, is given less attention. At the office, the problems begin to consume the managers almost before the day has started. There appears to be no expertise to reach for at these critical moments. The self-confidence of the primary participants in this drama deteriorates. Leadership is lost; no energy exists to wrestle with the issues.

4. Loss of desire. A crisis of passion can foster an overwhelming sense of meaninglessness. It can lead highly successful people to take foolish personal and business risks and even undermine the companies they have founded or inherited.

A crisis of passion is pervasive and, in the extreme, devastating. It reflects an unfulfilled life. Passions are moving targets; they evolve out of experience, frustrations or circumstances. Unresolved, this crisis can destroy much of what a business owner has built. It may be manifested as boredom, a mid-life crisis or a stalled career.

5. Crisis of commitment. The crisis of passion is very visible. The crisis of commitment is more subtle. It is easily masked and thus often undetected. The person without commitment is risk-averse. He/she avoids responsibility but is always busy. Commitment may have eroded in the wake of past disappointments, lack of recognition or broken promises. There is always an excuse for incomplete work. Often, a competent staff is in place; these managers may provide cover but later become disenchanted.

At the root of this crisis is the fear of failure. People experiencing a crisis of commitment will not make the effort to identify or air differences and therefore can’t find an acceptable solution to their problems. These conflicts go unresolved.

6. Lost self-confidence. The crisis of confidence also has as its root the fear of failure. As confidence erodes, the fear grows. Criticism by friends or associates is not tolerable. Those lacking confidence will refuse a challenge. Lack of accomplishment erodes self-esteem. Rather than endure a test, they exhibit self-destructive behavior. To remain in their comfort zone, they insist on maintaining control, often of a stagnant environment. They resist change because it bears risk and is destabilizing. This is a difficult circle to escape.

It is easy to confuse a triggering event with the crisis itself. Running out of cash, a failed product line or lost customers reflect inattention to the operating problems that brought on these scenarios. Likewise, family dysfunction can cause problems within the business as personal conflicts interfere with effective performance.

When times are tough, people often revert to old patterns that exacerbate situations. Unresolved psychological issues, repressed conflicts, ill-defined boundaries between the family and the business, questions of individual development and a less than satisfactory life structure often cause tumultuous periods and debilitating personal inner conflicts. Many of these crises are not permanent psychological disabilities but remain unresolved because the family lacks  problem-solving tools.

Each crisis has its own unique way of consuming a person’s emotional energy and focus, leaving very little time for “life.” Money, intelligence, power and success are no insurance against personal and business crises. Often, they mask the need to address the issues. A healthy, functional family is vital to a successful family business. Likewise, the under-performing family business can aggravate conflicts and emotions within the family.

It is difficult to differentiate the emotional from the operational contributions to the problems within the under-performing family business. The challenge of separating (not shielding) the family from the business takes enormous skill and leadership. The family system, thriving on love, loyalty and security, must often be violated as the enterprise undergoes the transitions needed to build a stable platform for the future. A third party can assist by creating urgency, decisiveness and focus in the process of redirecting the family and stabilizing the enterprise.

A family council facilitated by an independent adviser has proved valuable in helping families deal with issues of risk management, preparation for succession and defining and meeting stakeholder obligations. This council differs from a board of advisers or directors, which generally concerns itself only with the issues of the enterprise.

Conflict is not a negative force. It is a signal that warns of differences that must be addressed. True resolution builds relationships, forward momentum, knowledge and new confidence—i.e.  progress by the “combatants.”

Gary Brooks, CMC, CTP, (www.bmd-advice.com) is well recognized as a family business and crisis intervention consultant based in New York, and a founding member of the Turnaround Management Association. He serves as Principal of BMD Advisors, 2011 to Present, whilst providing a broad spectrum of consulting services to early stage and mid-market companies. With a focus on guiding enterprise management in building a stable, flexible foundation, and achieving and maintaining profitability, he further develops operating and financial strategies on which to base healthy growth. His Skills/Expertise could further be defined as: Operations & administrative management in complex organizations; financial & strategic advisory to commercial & non-profit enterprises; Interim COO to achieve improvements in performance, & Family Business Adviser. Connect with him on LinkedIn. 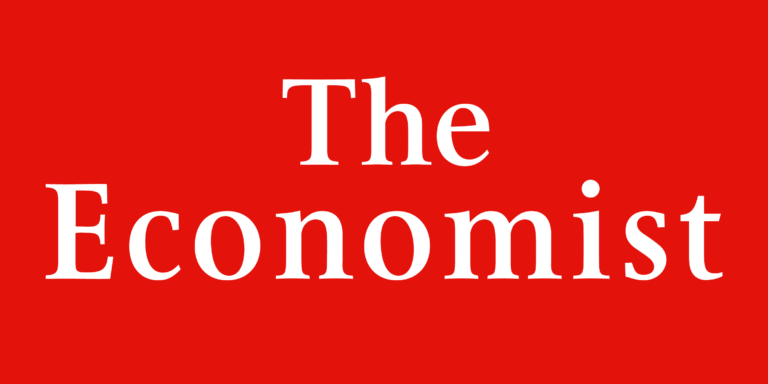 Paul Krugman, a Nobel prize-winning economist-cum-polemicist, argues that it is difficult to think of any noteworthy financial breakthroughs that have benefited society in the past 25 years. Joseph Stiglitz, another Nobel laureate, has highlighted the fact that most financial innovation in the build-up to the financial crisis “was not directed at enhancing the ability of…

Operational Excellence (OpEx) is a term that embodies many things that CEOs seek to achieve, such as consistent strategy execution, profitable growth and sustainable cost reduction.  While there are many definitions of the term, most would agree that it entails focusing on customers, cross functional execution and consistent delivery of outcomes that create value for…

Having received numerous national and international awards for his social improvement efforts, social psychologist Adam Galinsky teaches people all across the globe how to inspire others, speak up effectively, lead teams and negotiate successfully. He has also co-authored the critically acclaimed and best-selling book, Friend & Foe, which distills his two decades of research on leadership, negotiations, diversity,…

Mindfulness expert Andy Puddicombe spends his time helping people to realize that meditation is accessible to everybody. In this intriguing TED Talk, Pruddicombe speaks about the power of refreshing our minds, clearing our thoughts and simply experiencing the moment. Pruddicombe explains that meditation doesn’t require incense and awkward sitting positions, but does offer the opportunity…